Request Request an Appointment Like Us Like Us on Facebook Review Write a Review Specials View Our Specials Financing Smile Now, Pay Later Call Give us a Call Map View our Map

Smile of the Month 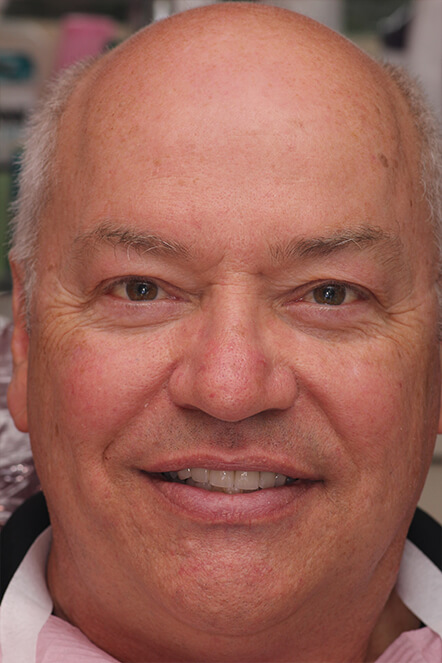 Accidents happen! While they usually only result in a spilled drink or stubbed toe, Ed ended up with a much bigger problem due to his mishap—a broken front tooth that left a noticeable gap in his smile. A retired police officer, Ed’s dentist gave him a Flipper (a removable partial denture that can be quickly made and fitted) that he ended up wearing for years. Flippers are only supposed to be a temporary measure before a patient receives a more permanent treatment. In Ed’s case, his dentist recommended a traditional multi-tooth bridge. Ed wanted to make sure that whatever treatment he received would give him the most natural-looking result possible, so after doing some research, he eventually found himself sitting in Dr. Mohr’s office.

After listening to Ed’s concerns and giving him an exam, Dr. Mohr suggested that a combination of a limited-span porcelain bridge and veneers would be the best approach. This treatment plan would not only close the gap and give Ed a beautiful smile, but the procedure offered a more conservative option as well.

With a traditional bridge, the teeth on either side of the missing one have to be filed down to be fitted with crowns that will support the replacement tooth. But, by using a limited-span bridge and veneers, Dr. Mohr would be able to preserve much more of Ed’s existing enamel, leading to a stronger result that could be trusted to last much longer while still offering premier aesthetics.

Dr. Mohr and his ceramist were able to fully customize Ed’s bridge and veneers so they offered the perfect look and fit, and as you’ll see in the pictures below, the results speak for themselves. Ed was extremely pleased with the outcome and never has to think twice about smiling anymore. 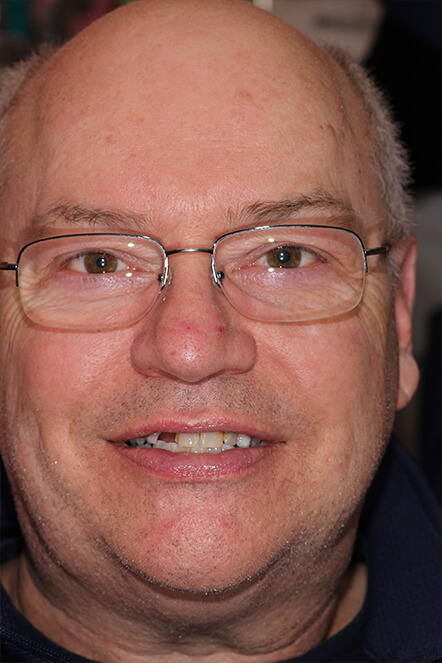 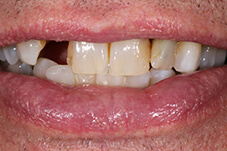 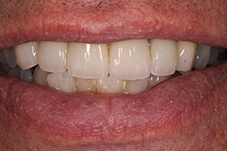 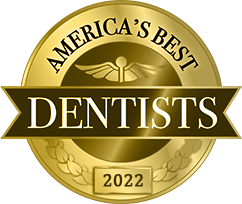 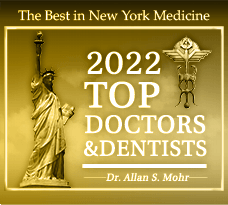 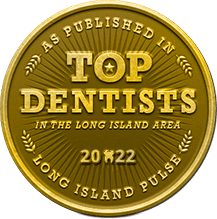 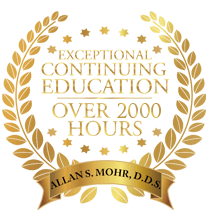 Ask Us How We Can Change Your Life